…That saying has been around for years, but causes panic amongst pet owners when they hear it–especially if they already have a cat, and would love a Spaniel puppy to join their family.

The real question is: Is it possible for Spaniels and cats to get along?

Are Spaniels good with cats?

Yes! Spaniels are lively, loving, bundles of fluff and love to play with cats–so long as they’re socialised with cats from a young age.

Just like any other animal, a dog’s reaction to something they’ve never seen before can go one of two ways: They love it, or they’re afraid. That scary feeling can present itself as aggression, which is why some dogs can react aggressively when they’re introduced to a cat for the first time.

That’s why it’s crucial to socialise your Spaniel puppy as early as possible.

If they’re introduced in the 12-week socialisation period, they won’t be afraid of cats as they head into adulthood.

Bonus: We’ve put together a puppy socialisation checklist that will prepare your Spaniel for the real world. You can introduce them to different experiences before their vaccinations so they aren’t afraid when they see them later in life.

What is the best Spaniel for cats?

There are four main types of Spaniel–some are known to get along with cats better than others. The Cocker Spaniel, for example, was bred to hunt birds instead of mammals. They’re also known for their friendly nature. They want to be part of the family!

That’s not to say that other Spaniel breeds aren’t good with cats, though. Any Spaniel puppy–including Springers and Sprockers–can get along with cats if they’re socialised from an early age.

6 tips for helping your Spaniel and cat get along

Are you thinking of getting a cat or kitten? Some Spaniels won’t instinctively get along with them–but that doesn’t mean they won’t become best of friends with a slow and steady introduction.

Here are six bonus tips you can use to help your Spaniel and cat get along:

It’s tough to predict how a dog will react to a cat–especially if you don’t know whether they’ve been introduced to one before.

That’s why it’s crucial to start off with slow introductions, starting before actually meeting each other face to face.

Start by introducing your Spaniel to a cat using their nose. Allow your cat to walk around the house; they’ll leave their scent wherever they go. Because Spaniels are known for their incredible sense of smell, they’ll get a whiff of a cat that’s around. When you introduce them face to face, it won’t be a total shock.

After a few days, introduce your cat and Spaniel in a safe space. Allow them to see each other, but not access each other. They can get used to the way their new friend looks.

Once your cat and Spaniel seem comfortable, put your pup on a lead and allow your cat to enter the area. Spaniels are known for their floppy and energetic play style, but having them on-lead helps to control them–and prevent them from playing too toughly with your cat.

Speaking of rough Spaniel play, it’s important to always monitor your dog’s interaction with your cat. Spaniel play with cats can be boisterous. Depending on your cat’s personality, that might be too much for them.

That’s why you should always monitor how your Spaniel and kitten play. You might need to break it up if your Spaniel gets too excited, as this could annoy your cat and cause them to swipe.

It’s also worth purchasing your pet their own toys. Give your Spaniel rough, durable toys (like ropes, dental chews or stuffed toys) as an outlet for them to release energy.

Some Spaniel chase cats because they were bred as hunting dogs. It was their duty to find and retrieve items, so anything that moves in their eyeline can catch their attention. They have a high prey drive and might chase your cat–but that doesn’t always mean they want to grab them! They just want to play.

You can prevent this from creating safe zones for your Spaniel and cat. This might look like a thin gap from your lounge that only your cat can enter, or a crate in your kitchen for your dog to have his own space.

Regardless of which spaces your dog and cat have, make sure they can’t access each others’. It’s their safe space; their place for a time out when play gets too much!

Read more: How to Crate Train Your Spaniel

4. Feed them in separate places 🥣

Speaking of safe places, you should apply the same concept to your pets’ feeding schedule. Pick a space in your home to feed your Spaniel and your cat separately. (Or, at the least, at different times.)

Animals can get protective over their food. Fights might break out if a cat tries to play with your Spaniel whilst he’s eating.

Plus, if they get access to each others’ food, it could be harmful. Cat food isn’t made for dogs; some ingredients can be poisonous–and vice versa. Cat food has more calories and protein than dog food. This could cause issues with your Spaniels’ weight.

You could do everything in your power to make your Spaniel and cat get along, from introducing them slowly to socialising them from an early age. But some cats and dogs just don’t get along.

If you get the feeling that your dog and cat don’t like each other, don’t force them to be friends!

It’s perfectly possible to have a dog and cat living in your home even if they’re not the best of friends. You can keep them separate and continue to give them their own space. Monitor any interactions they have, but try your best to keep them apart if you know their interaction could turn aggressive.

Hopefully, we’ve answered a big question that was weighing on your mind: “Are Spaniels good with cats?”

While there is no safe way to bet whether your dog will get along with cats, your odds are dramatically increased if your dog was socialised with cats from a young age.

What is Canine Enrichment? + 7 Ways to Keep Your Dog Healthy (and Busy) 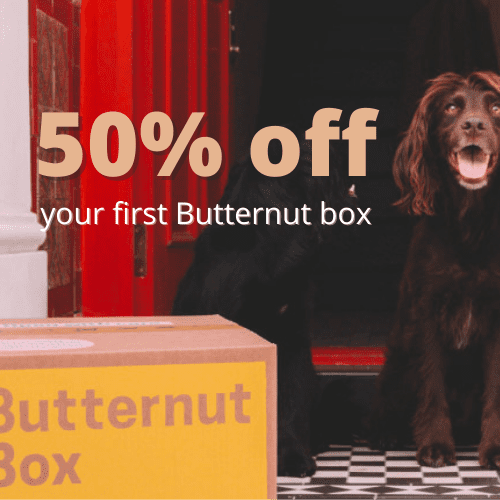