Whether you’re about to bring a new Sprocker pup into your family and interested to know what to expect, or you simply want to learn more about the Sprocker Spaniel, this guide covers it all.

Sprocker Spaniels are among the popular hybrid dogs that have recently won the hearts of many dog owners for reasons ranging from unwavering loyalty to intelligence and charm.

Before we dive in with the details, let’s take a look at some key information regarding Sprocker Spaniels:

Age: Sprocker Spaniels have a life expectancy of about 10 to 14 years with proper maintenance that includes quality diet and proper healthcare.

The best walkies EVER! Now that I’ve had all my jabs I can go everywhere. So of course my mama took me for a paddle 🥰🐶

The story of Spaniels dates back into the 1600s in Spain, where they were earlier seen as one unique type of dogs. Notable differences, however, were observed within the individual litters in terms of appearance and size from the onset.

Large-sized Spaniels of the time are thought to have evolved into what we today know as the English Springer Spaniels.

The exact origin of this breed is still cloudy, but there are thoughts about gamekeepers crossing Springers and Cockers to produce a resistant and hardworking gundog that could stand the challenging working conditions as earlier mentioned. Only in recent times did the name “Sprocker” came into use.

The first crossing of the two Spaniels is attributed to Scottish gamekeepers who needed a robust breed to work the larger estates north of the border.

Later in 1892, the Kennel Club started working on a distinction between the Cocker and the Springer Spaniel. In 1902, they were recognized as two separate breeds.

Years of selective breeding led to the birth of Sprocker Spaniels, a breed which since its first appearance has built enormous reputation both as excellent gundogs and extremely sociable and loyal pets and companions. Sprockets Spaniels are now about 20 years old in the limelight.

Today, the popularity of Sprockers has inspired many Cocker and Springer breeders to engage in selective breeding to produce healthy and reliable Sprockers.

They are far from being branded “designer” dogs since they were developed as working gundogs from Kennel Club recognized Spaniel parents.

Today selective breeding has resulted in the most robust second and third generation being widely bred with both parents being Sprockers. They’re known to be charming, intelligent, loyal and energetic family pets.

As a product of two Spaniel parents with similar characteristics, Sprocker Spaniels are among the few mixed breed Spaniels with an appearance fairly uniform and specific.

They are handsome and their bodies are well-proportioned. Ideally, the Sprockers bred from American Cockers have a more dome-shaped skull with a relatively long and wide muzzle.

Their incredibly sensitive nose could be brown or black. Their strong jaws meet in a total scissors bite. Ears hang sweetly beside their face and beneath a shiny wavy fur cover. They have athletically built bodies with ribs well sprung. The Sprocker tail is medium in length, ending in a good plume of fur. These dogs have swift moves and can cover good amounts of distances almost effortless.

The coat draws from a wide range of colors and mainly a combination of both parents. Commonly seen colors include black and white, liver and white, chocolate with white markings in some cases, all shades of roan, tricolors and solid colors.

Coat texture and length also come in numerous minor variations but remain majorly smooth with longer hair appearing on the head and ears.

Waiting until he has the confidence to jump in the lake. It’s coming… but for now, he’ll have a stand off with the ducks 🤦🏻‍♀️

Positive traits include the outgoing nature that makes this breed of dogs sociable and easy to keep. They’re quick to train and carry a great sense of loyalty.

Are Sprocker spaniels easy to train?

Their intelligence and talents are well highlighted by their excellence in canine sports, such as agility training and flyball. But since they’re an active breed, these Spaniels require regular grooming to keep their coats debris and tangle-free.

Sprocker Spaniels are also known for the massive energy that sustains their charm and mischief. They’re happy when surrounded by massive activities and long periods of human companionship. This is majorly why Sprocker Spaniels do well under someone with dog experience.

The food you’ll need to feed your Sprocker Spaniel depends on their age.

As a general guideline, Sprocker puppies aged between 2 and 6 months will need 50-180g of food. Once they get older (aged 7-10 months), they’ll need slightly less food because they aren’t growing as much. This ranges between 40-170g per day. You should spread out their food allowance to feed them 3-4 times per day.

The food needed by older Sprockers depends largely on their size and activity levels. For example: An active Sprocker falling around the 14-16kg mark will need between 175-300g of food daily.

Sprocker Spaniels can be sensitive with their food. If you plan to change their food (either the brand name or switching from a dry food to raw food diet), do this gradually. Changing their food without weaning could upset their stomach.

Bred from sturdy parents, only a few hereditary health conditions are associated with this breed. Noteworthy health issues include:

Be sure you’ve got the appropriate insurance for your Sprocker puppy that covers these common health problems before bringing them home.

It’s worth noting that a general practice consultation with a vet typically costs around £60. It’s wise to have some back-up cash ready just in case your furry friend needs some medical attention.

As we mentioned earlier, Sprocker Spaniels have parents that are Springers and Cockers. Both breeds of Spaniel are extremely active, and the Sprocker is no different!

A Sprocker Spaniel will need between 60 and 90 minutes of exercise per day–but the more, the merrier. They’ll happily run until they’re exhausted, but, this doesn’t mean tiring them by running out in the field. Sprockers are intelligent dogs, and some mental stimulation or games in the garden could keep them entertained.

If you’re unable to commit to this high level of exercise, a Sprocker puppy might not be the best option for you. Just like any other dog breed, a bored Sprocker can be destructive.

How Much Do Sprockers Cost?

Don’t be tricked into buying a cheap Sprocker puppy once you see their adorable faces, though. Check your Sprocker puppy has had health checks, can be seen with his mum, and has been vaccinated before you hand over your cash to bring him home!

You’ll also need to fork-out for pet insurance for your Sprocker puppy. This can be as little as £10 a month with providers like Animal Friends, and help to make sure your puppy is covered for nasty illnesses.

Highly intelligent and out to please, Sprocker Spaniels are adorable puppies that will become your life-long companion.

They’re a perfect choice if you have enough time for exercising, socializing and training, and their love for human companion gives them a special place among dedicated dog owners. 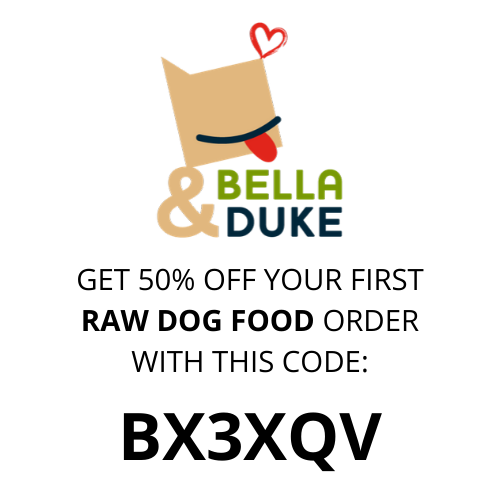 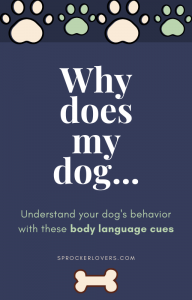